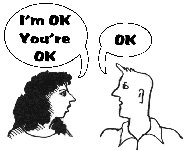 What Is Transactional Analysis?

Eric Berne (1910-70), the originator of transactional analysis, was a Canadian born psychiatrist who began his psychoanalytic training in 1941 at the New York Psychoanalytic Institute.

way of looking at what goes on between people and inside people in order to help them make changes. The transactional aspect is exactly what it says: a two-way communication, an exchange, a transaction. This may be of spoken words, expressed feelings, physical behaviours, shared thoughts, stated opinions or beliefs and so on. A transaction may be a raised eyebrow that is responded to with a smile. It may be a comforting hug when another is crying, or it may be a silence at the other end of the telephone following some unexpected news. We may look at and analyse what goes on between people in terms of the words that they are using or the gestures they are making or the beliefs they are expressing and learn something of each of these people. But how does this apply 'inside' people? How can one person transact? Here is an incident as described by a client:

"I was really scared when the lift stopped between floors. I said to myself, 'Don't panic whatever you do'.' But this didn't help much. In fact, I started to panic more. So I said, 'I'm really scared,' and I told myself this was all right. I felt a lot better knowing this and got myself thinking about how to deal with the situation. I told myself I could feel scared and still think of what to do. Of course, it was simple; I just pressed the alarm button. A man on the intercom reassured me I'd be out soon. The lift started to move while he was still talking. 'Well done,' I said to myself, 'A year ago you'd have been a gibbering wreck.'

This person is simply doing what we all do, he is talking to himself. Notice that sometimes he refers to himself as 'I' and sometimes as 'you'. In this way, though he is still one person, he can hold an internal dialogue between different parts of himself. He is transacting internally.

TA provides a model, which defines these parts of oneself as different ego states. Whether it is thoughts, feelings or behaviours that are being exchanged externally or internally - usually it is all three, whether we are aware of this or not - they will be coming from one of three types of ego state, the Parent, the Adult or the Child ego state.

And the third section is your current thoughts, feelings, and behaviours. These areas of your personality have been called your Child, Parent, and Adult ego states.

Have you ever seen a mature person (perhaps yourself) act like a child, expressing thoughts, feelings, or behaviour like a child? Odds are that person was 'in' the Child part of their personality, which would be very similar to the way they were as a child. Maybe you've experienced this when you go back home for a visit: you walk in the front door and feel like a kid again, relating to your parents the same old way you used to, not at all like the adult you normally are. You're in your Child ego state.

Same goes for when you find yourself acting just like your mother or father; standing in the same posture, hand on a hip, pointing and wagging your finger, lecturing. Maybe even lecturing the same tired old reasons that you heard for doing something. Perhaps you are responding to an upset or injured friend, comforting in the same way as you may have been looked after by a parent or parent figure. Well you're in your Parent ego state, replaying what you saw in your parents.

As for the Adult ego state; when you are responding to the present with thoughts, feelings, and behaviours that are appropriate for a mature grown up person who has many options and decision making capabilities, then you are in your Adult. Typically, the Adult collects information and estimates the probabilities of consequences of various alternative courses of behaviour, then chooses the most appropriate one.

You have your unique PAC (Parent Adult Child) ego states, and I have mine. So when we get together to communicate or relate to each other, any of my PAC ego states can be interacting with any of your PAC ego states. For example I could start out in Child with a whiney sound to my voice "I need you."

And you might respond from your Parent with a soothing sound to your voice "I'm here honey." Imagine the possibilities! Once you get the idea of ego states relating to each other, figuring out what's going on between people is a whole lot easier. This is one of the strengths of TA  (Transactional Analysis). 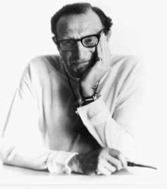 Since its introduction and development by Eric Berne and others, many people from varied professional backgrounds have been attracted to TA and found in it something useful and exciting. Clearly, they still do. What is it about TA that has attracted psychotherapists, counsellors, psychologists, doctors, social workers, nurses, teachers, children and others over the years? Here are some of the reasons I think TA is so popular:

The basics of TA theory are expressed in simple, colloquial and easily understood language with words like 'games', 'scripts' and 'strokes'

TA concepts are often shared with clients, so there is a talking with rather than talking at clients. In this way the content and process of psychotherapy and counselling are demystified and developed into a shared endeavour.

TA lays stress on personal responsibility for one's experience and in so doing puts the client in a central, proactive and therefore potentially powerful role in the counselling situation. In this respect, TA is referred to as a decisional model. If we are personally responsible for our own experience, we must be responsible for the choices and decisions that we make about how we behave, how we feel, how we think and what we believe, even though many of these decisions may not be made in awareness. Even as children we made such decisions in response to the environments of home, school and society. Clearly, some of these decisions were misinformed, misperceived, skewed by immaturity, but nonetheless the best we could manage in those early circumstances. Hope lies in the fact that new and reparative decisions can be made in the present to replace the now dysfunctional and maladaptive decisions of the past.

Much of what has been written above touches upon the philosophical underpinnings of transactional analysis. The first of the three philosophical beliefs central to TA is the notion that people are born OK. The second is that people with emotional difficulties are nevertheless full human beings and the third is that all emotional problems, given adequate knowledge and resources, are curable. These beliefs mean that all people have a fundamental worth and as such should be valued and respected. This does not mean that we necessarily accept and approve of a person's behaviour but that beneath the behaviour we see the person and value that person's humanity.

In counselling this involves working with the person from a position described by Carl Rogers as unconditional positive regard'. We need to hold ourselves in the same regard if we are to approach another person with human equality.

Thus the existential position of I'M OK  YOU'RE OK is paramount in TA.

Implicit within the I'M OK - YOU'RE OK philosophical position is the belief that our core selves are lovable and creative and that our intentions are positive and constructive, even when our behaviour is unattractive, undesirable, misguided or destructive. I think the following anonymous quotation expresses well this essential philosophical attitude towards ourselves and others:

Every single human being, when the entire situation is taken into account, has always, at every moment of the past, done the very best that he or she could do, and so deserves neither blame nor reproach from anyone, including self. This, in particular, is true of you and your parents.

Not only can the ego states of one person interact with the ego states of another; but they interact within a person. Your Parent ego state, and your Child ego state are constantly relating to each other. For example have you ever had this kind of internal dialogue: "Get out of bed lazybones." "Just a few more minutes." "Come on, up and at em. The early bird gets the worm." "But I'm so tired." "You'll have plenty of rest after you're dead, now get up!" Understanding these internal conversations can go a long way to solving many personal problems -and this is another strength of TA, especially as a psychotherapy.