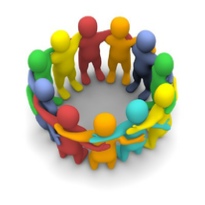 remaining parent; a blended one, where the children are parented by step, adoptive, or foster parents, not by the persons who brought them into the world; or an institutional one, where groups of adults rear groups of children, as in institutions or the modern day commune.

Each of these forms of family has its own special problems in living, and I would be happy to talk with you about your own situation. But basically, the same forces will be at work in all of them; self-worth, communication, rules, and linking to society.

During counselling, I would talk more about each of these crucial factors, to help you discover how they are operating in your own family and how they can be changed to reduce problems and increase the vitality and joy you can find with one another.

Answer "yes" or "no" to the following questions. If you are not sure, answer "yes".

Does someone in the family have a drug or alcohol problem?

Is someone in the family verbally abusive?

Is someone in the family physically abusive?

Has anyone in the family been reported to Child Protective Services?

Is "name calling" common in the family?

Does the mother often say, "Don't tell your father"?

Does the father often say, "Don't tell your mother"?

Do the parents frequently argue in front of the children?

Do the parents tell their problems to the children?

Do the children run the house?

Do the parents often disagree on how the children should be treated?

Is one child singled out and picked on either by a parent or sibling?

Is there a grandparent in the house who seems to run things?

Does one person make most of the important decisions?

Are the children having difficulty at school?

Do the other members of the family seem untrustworthy?

Does the husband seem to have all the unpleasant qualities of his father?

Does the wife seem to have all the unpleasant qualities of her mother?

Is your partner more concerned about his or her family of origin than his own family?

Is your family too much like your partner's family of origin?

An Example of a Skill Learned through Counselling.

It is Saturday morning. Twelve-year old Christine and her mother are engaged in their weekly battle. Mother yells, "This room looks like a pigsty." Christine sticks to her guns and maintains, "My room is clean--I just cleaned it."

Oddly enough, it has never occurred to Christine's mother that all this arguing is not resolving the problem. Fortunately, there is a better way. It is called behaviour contracting.

What is Behaviour Contracting?

In its simplest form, a behaviour contract is an oral contract between a child and a parent. For instance, a father might say to three-year-old Tommy, "Help Dad put the toys away and then you can have a cookie." Or he might reward Tommy with praise for doing the task well. It is important, however, to praise specific behaviour rather than just saying, "You're a good boy."

A written contract can be used when a child is old enough to understand what a contract is all about. However, it should not be used for every little difficulty that comes along. Reserve a written contract for a situation where an oral contract has not worked. It is especially helpful when a disagreement with a teenager has resulted in a deadlock. Here’s more about these written contracts.

Benefits of a Behaviour Contract

The benefits of behaviour contracting are as follows:.

Helps both parties to be more objective by focusing their thinking on the goal rather than on their feelings.

Allows children to feel that they have some say in their lives and, therefore, reduces the power struggle between parent and child.

Leaves less room for misunderstanding and procrastination because the facts are in black and white.

Provides parent and child with a sense of accomplishment, because it is a goal centred approach.

Encourages mutual respect by expecting both patties to honour the terms of the contract.

Features of a Behaviour Contract

A good contract, one that is likely to work, will have the following features:

1. It will be a mutual agreement,

2. The contract should be specific.

It must say exactly what the child is to do. For instance, in our scenario, Christine and her mother had never agreed on what actually constituted a "clean" room. Is Christine to hang up her clothes? Make her bed? Dust the furniture? Vacuum the carpet? By being clear about these points, they will ensure mutual understanding and prevent problems.

The contract should state not only who is to monitor the contract but also when he or she is to do it. And it is just as important to stipulate how long the contract will last. As a general rule, it is a good idea to evaluate a written contract after one month and either terminate it or renegotiate it after three months.

3. The contract should contain either a reward or a re-enforcer.

A reward could be a new toy, a favourite food, or a privilege such as extra TV time. What is important is that the reward is something that the child really wants. Effective contracts also spell out exactly when the reward is to be given to the child.

the reinforcer may simply be greater family harmony. For instance, Christine's mother might promise neither to nag nor to threaten.

When a Behaviour Contract Does Not Work...

If the desired change in behaviour is not achieved, a parent will often blame the child. However, the fault lies with the contract, not with the child. There is a number of things that you can do to increase your chances of success with behaviour contracting. Here are some of them:

Keep the goal within easy reach. For instance, Christine is more likely to be successful at keeping her room tidy for a week than for a month.

Give small rewards and positive feedback along the way. A point system is one way of doing this. A child can't trade the points for a reward.

Provide a child with the necessary training if the contract involves mastery of a task.

Remind the child about his or her commitment. This is something that should be discussed when the contract is negotiated, because some children may consider a reminder as a form of nagging.

Take the contract seriously. Parents are just as likely as children to forget about the contract after a few days or weeks.

Do not delay in giving the reward. Remember, a deal is a deal.

Let the child help in redesigning the contract. Discuss why the contract is not working and ask for the child's input.

Now you know, behaviour contracting takes time and commitment. But surely a win-win solution to behavior problems is worth that effort.

On this limited and general web site, it is not possible to cover all the family problems that occur, or even all those that I can help family’s overcome. I would however, like to hear about your own situation, and to discuss a possible way forward. To contact me go to the About me Page.

Family life is something like an iceberg. Many people are aware of only about one tenth of what is actually going on, that is, the tenth they can see and hear. Often they think that is all there is. Some suspect there may be more, but they don’t know what it is and have no idea how to find out. Not knowing can set the family on a dangerous course. Just as a sailor’s fate depends on knowing about the iceberg under the water, so the family’s fate depends on understanding the feelings and needs and patterns that lie beneath everyday family events.

Over the years I have developed a picture of what the human being living humanly is like. He/she is a person who understands, values, and develops his/her body, finding it beautiful and useful; a person who is real and honest to and about him/herself and others; a person who is willing to take risks, to be creative, to manifest competence, to change when the situation calls for it, and to find ways to accommodate to what is new and different, keeping that part of the old that is still useful and discarding what is not.

When you add all this up, you have a physically healthy, mentally alert, feeling, loving, playful, authentic, creative, productive human being; one who can stand on his/her own two feet, who can love deeply and fight fairly and effectively, who can be on equally good terms with both his/her tenderness and his/her toughness, know the difference between them, and therefore struggle effectively to achieve his/her goals.

The family is the "factory" where this kind of person is made. You, the adults, are the people-makers. I have found that four aspects of family life keep popping up in troubled families who seek help. They are-

1. The feelings and ideas one has about him/herself, which I call self-worth;

2. The ways people work out to make meaning with one another, which I call communication;

3. The rules people use for how they should feel and act, which eventually develop into what I call the family system; and

4. The way people relate to other people and institutions outside the family, which I call the link to society.

No matter what kind of problem first leads a family to seek help, whether a nagging wife or an unfaithful husband, a delinquent son or a schizophrenic daughter, I have found that the prescription was the same. To relieve their family pain, some way had to he found to change those four key factors. In all of these troubled families I noticed that-

2. Communication was indirect, vague, and not really honest;

3. Rules were rigid, inhuman, nonnegotiable, and everlasting; and

4. The linking to society was fearful, placating, and blaming.

3. Rules are flexible, human, appropriate, and subject to change; and

4. The linking to society is open and hopeful.

These things are true whether the family is a natural one, where the man and woman who sired and conceived the child continue to care for him until he is grown; a one-parent one, where one parent leaves the family by death, divorce, or desertion, and all of the parenting is done by the

What Is a Family and What Causes Family Problems?

This page outlines a number of family problems and provides links to other relevant pages within this site:

An Example of a Skill Learned Through Counselling